Georgia on My Mind 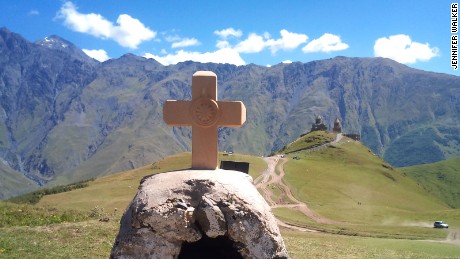 (CNN)Out on the fringes of Europe, the former Soviet Republic of Georgia is a country shrouded in mystery.

“Anthony Bourdain Parts Unknown” airs Sundays at 9 p.m. ET/PT.
Sandwiched between the Caucasus Mountains to the north, the Black Sea to the west and dry deserts to the south, this small country, which borders Russia, Azerbaijan, Armenia and Turkey, is not only a crossroads of cultures, but has a wealth of spectacular landscapes.
Until recently, many would have struggled to place the country of Georgia on the map (or at least mistake it for the U.S. state of the same name), but it’s quickly becoming one of Europe’s hottest new destinations.
Here are nine reasons to visit Georgia now.

From the hanging balconies in the crumbling Old Tbilisi district and the Persian-style sulfur baths clad in turquoise mosaics, to unique art nouveau buildings falling into disrepair sitting side by side with futuristic glass structures, Tbilisi is a city that inspires.
The Georgian capital lies on the banks of the Mtkvari River and is surrounded by mountains on all three sides.
Archeologists trace the first settlement in today’s Tbilisi to the 4th millennium B.C.
Its position on the old Silk Road turned it into a multicultural hub, reflected today in the city’s ethnic diversity and eclectic architecture. 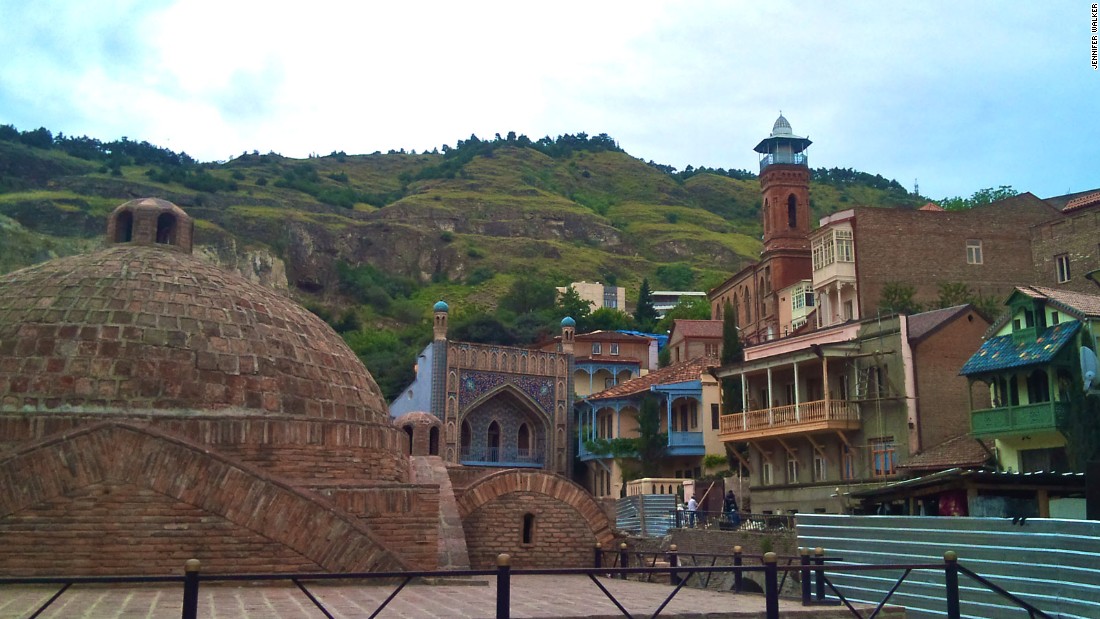 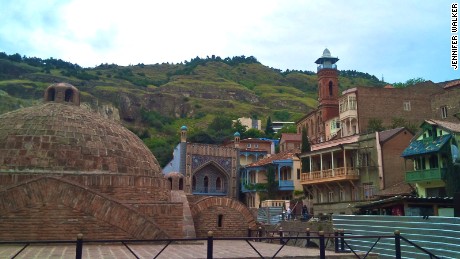 The baths in Abanotubani follow the Persian tradition, only the thermal water bubbles up naturally from the ground below.
Tbilisi gets its name from the Old Georgian word “tbili,” meaning warm, due to its hot, sulfurous water.
Moving away from Abanotubani, a walk into the Old Town reveals old Georgian and Armenian churches, mosques and synagogues and even the ruins of the most northern Zoroastrian fire temple.

Way up in the Caucasus Mountains around 2,200 meters above sea level, this small village is Europe’s highest continuously inhabited settlement.
Sitting at the foot of Mount Shkhara, Georgia’s highest point, Ushguli is famous for the medieval defensive towers connected to each house.
It’s deep in the Svaneti region, known for its unique culture that was once cut off from the rest of the country. 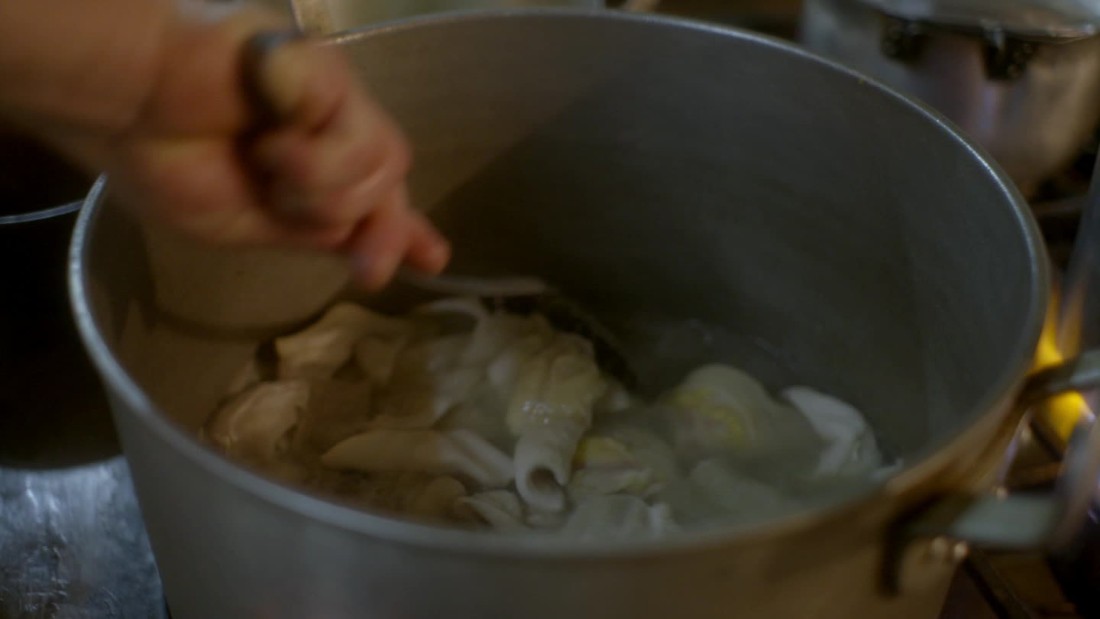 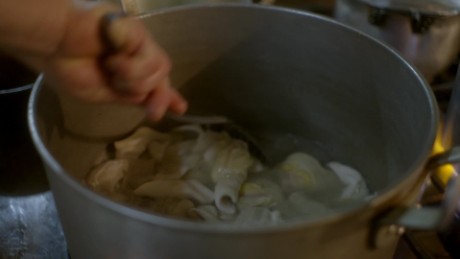 The main town of Mestia is on its way to becoming the Georgian equivalent of a Swiss resort but Ushguli has been saved by its poor transport routes, which have helped preserve the village’s timeless feel.
Young men gallop through the dirt tracks on horseback between the crumbling towers, dodging the livestock in the street.
Ushguli and the region of Upper Svaneti are classified as UNESCO World Heritage Sites.

3. The birthplace of wine

When we think of the origin of wine we tend to think of France, Italy, Greece or Persia, but Georgia is in fact one of the world’s oldest wine regions.
In 2003, archaeologists found evidence that Stone Age people were producing wine here up to 8,000 years ago.
Since then, wine has played a core part in Georgia’s national identity. 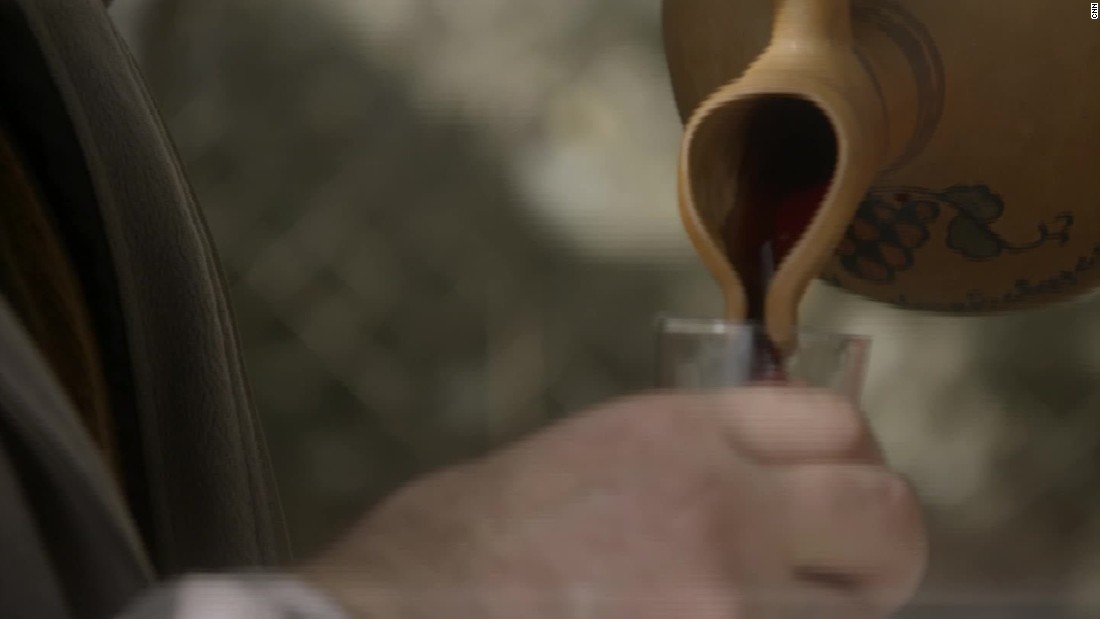 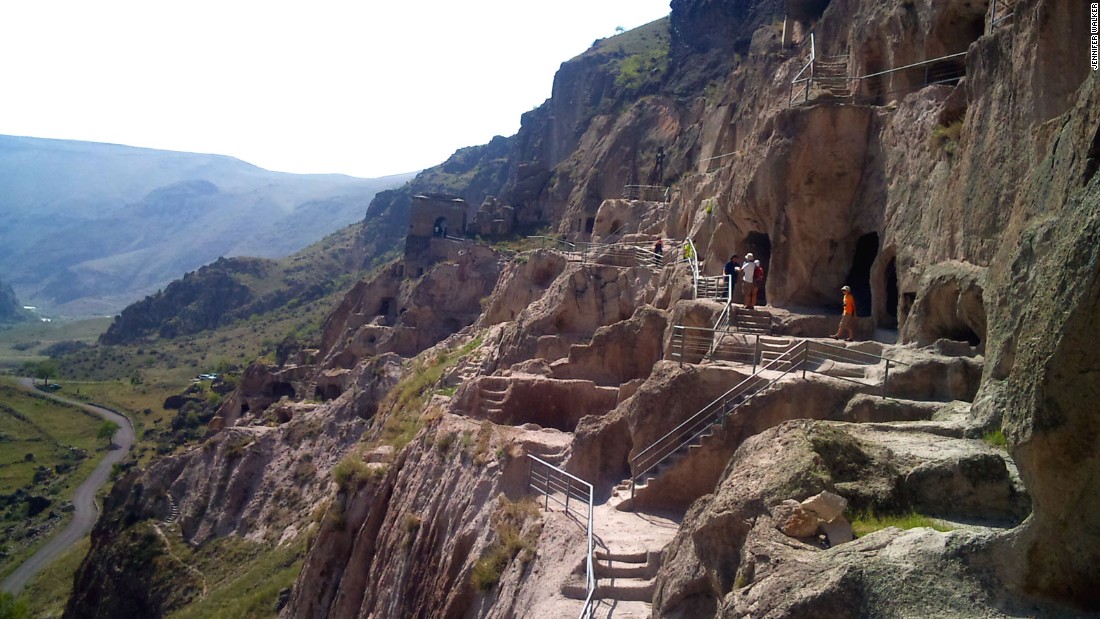 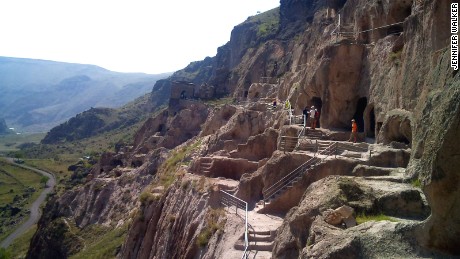 Georgia is home to some of the most unusual cave cities in Europe.
By themselves, they’re reason alone to visit the country.
The oldest is Uplitstsikhe, an ancient settlement that resembles a lunar landscape.
Others include Davit Gareja, a vast monastic complex carved into the rock of Mount Gareja, and Vardzia, a spectacular underground city that once housed 2,000 monks.

One of the best ways to get to know the country is through its food.
In fact, if you haven’t tried a Georgian supra, or feast, you haven’t experienced Georgia.
The local cheese bread is called khachapuri, the most famous being the Adjaran variety.
It’s a baked bread boat filled with gooey, melted, tangy sulguni cheese, a whole egg yolk and some slivers of butter. Yes, it’s heart stopping, but so delicious.
Khinkhali dumplings come with a spiced meat filling that releases its juices when cooked, so you have to suck out the stock before eating.
Then there are delectable walnut dressing salads, bean stews cooked with fragrant cilantro and shashlik, tender marinated meat cooked on a kebab skewer.
They’re best enjoyed, of course, with some excellent Georgian wine.

The remote regions of Khevsureti and Tusheti in the Caucasus Mountains are home to spectacular medieval villages with small communities that still retain their ancient pagan traditions.
The roads going up here are an adrenaline rush in themselves.
The ruined fortress of Mutso and the settlement of Shatili in Khevsureti look like something described by J.R.R. Tolkien.
Set dramatically against the mountains, they’re so close to Chechnya you can see the border guards walking up and down the ridge.
Tusheti is a cluster of communities, kind of like a Georgian Shangri La, full of old towers, churches, villages and spectacular mountain scenery with wild flowers and trees with leaves that almost look golden.
Tusheti has numerous hiking trails and the locals are known for their generous mountain hospitality. 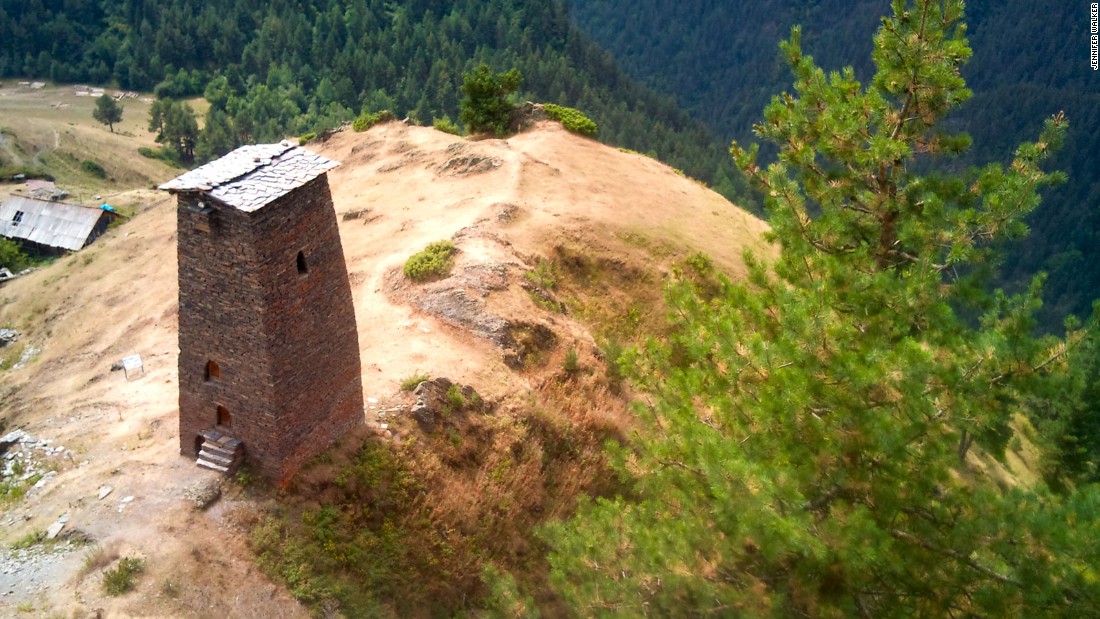 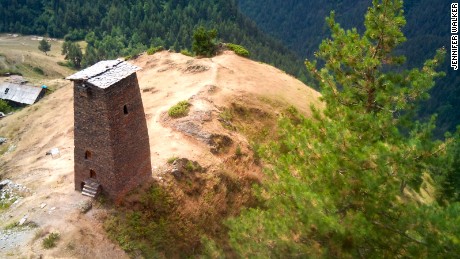 To learn about the life of Old Joe, visit Stalin’s hometown, Gori, and the bizarre Joseph Stalin Museum.
You might know Stalin as a dictator responsible for millions of deaths, but in this hometown attraction there is a sense of pride about the “local boy made good.”
There aren’t any references to his purges beyond a small backroom that doesn’t feature on the tour, but there are pictures aplenty of Stalin, including one of the leader voting for himself.
There are also various statues, his death mask, carpets and frescoes featuring the dear leader’s face, his personal green railway carriage and — the star attraction — his one-bedroom childhood home preserved in perfect condition.
The museum has been criticized for being a “falsification of history” and an example of “Soviet propaganda.”
There were plans to transform the museum into a museum of Russian aggression, but so far this is limited to a little room hidden beside the entrance.
The museum is worth visiting as it captures the essence of Stalin, including his own self-glorification and propaganda, even if that was not its intended purpose.

Georgia adopted Christianity back in 324 AD and the country is full of spectacular churches and cathedrals in incredible locations.
Whether it’s the UNESCO World Heritage Sites of Mtskheta’s Svetitskhoveli Cathedral or Kutaisi’s Bagrati Cathedral, or the dramatic hill top position of the church in Kazbegi, Georgia’s churches never fail to paint a pretty picture.
Kazbegi is also home to one of the world’s most spectacular marathon routes.
You can cheer on runners in this year’s Kazbegi Trail Marathon on September 5, 2015.

9. The people and Georgian hospitality

Georgians might appear a serious bunch at first, but most are kind and welcoming.
For Georgians, a guest is a sacred thing, and they will often go out of their way to help you.
Their generosity and hospitality will often take the form of lots of food and even more drink.
As they say in Georgia, “Gaumarjos!” (Cheers!).

Georgia on My Mind

AMAZING HOTEL YOU MUST SEE TO BELIEVE

What Mountain Climbing Gear You Need to Buy